14 June 2004 Submitted by Ben: "This error displayed while trying to start Internet Explorer. Could be to do with Firefox being default browser. This is very odd, because the Windows null device device (as in "echo qwerty > nul") is spelt "nul" not "null" as in the linux "/dev/null". That's also the cause of the error mentioned on page 2, about files called "nul" not being allowed." (This is IMO almost certainly not related to the special "nul" filename, but is most likely the NULL encountered in C++ programming: the Microsoft "printf" implementation outputs "(null)" if a NULL string pointer is passed. Clearly that should never happen when running a shortcut. - David.)

24 May 2004 Submitted by Michael: "Windows 2000 Pro SP4: This one strikes me as a bit odd: Sometimes, the taskbar button doesn't seem to know what shape to take. When a window is active, it remains in the "unactive" state. This doesn't affect the usability at all, the program takes normal keyboard and mouse input; the button stays the same. This happened before I installed SP4, as well (normal, un-SP'd Win2k)." 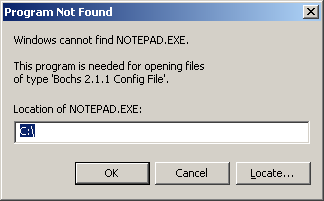 22 May 2004 Also submitted by Michael: "It's very odd... I tried to edit a Bochs configuration file, and Windows said Notepad was missing. Of course, trying again fixed it. This is on Windows 2000 SP4."

20 May 2004 Submitted by Glen: "I'm not sure if you're still updating these or not but here's another informative Windows Error Messagebox... I was using Netscape 7.1 to print a page to a networked printer on XP...." (This might also be a Netscape-specific error message? - David.)

22 April 2004 Submitted by Eric Melech: "I got this error when trying to access an external USB CD burner via My Computer. "Incorrect function"!? How the hell else am I supposed to use it??"

4 Feb 2004 Submitted by Eric: "Seems appropriate for your site." 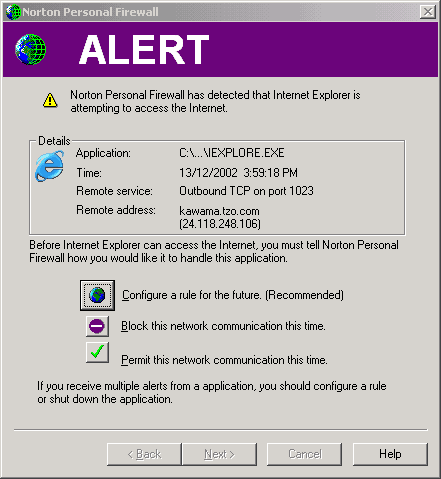 13 December 2002 Not a bug, but I added this screenshot to the gallery anyway, because the message is quite funny. Contributed by Rebecca.

5 December 2002 "Hi, stumbled your site by accident and I was fascinated by it. It amazes how much MS makes a mess of things. Especially on Page 6: where Robin reported an error of "Cannot find the file, etc." I have been seeing something similar to that, but in regards to Notepad *.txt files ONLY. It pops up every time I doubleclick on a txt file. It is not occurring with any program .exe files." - Beverly

5 December 2002 Contributed by Marc: "take a look at my crashed screenshot, is a win2k sp2 with a little problems XD." 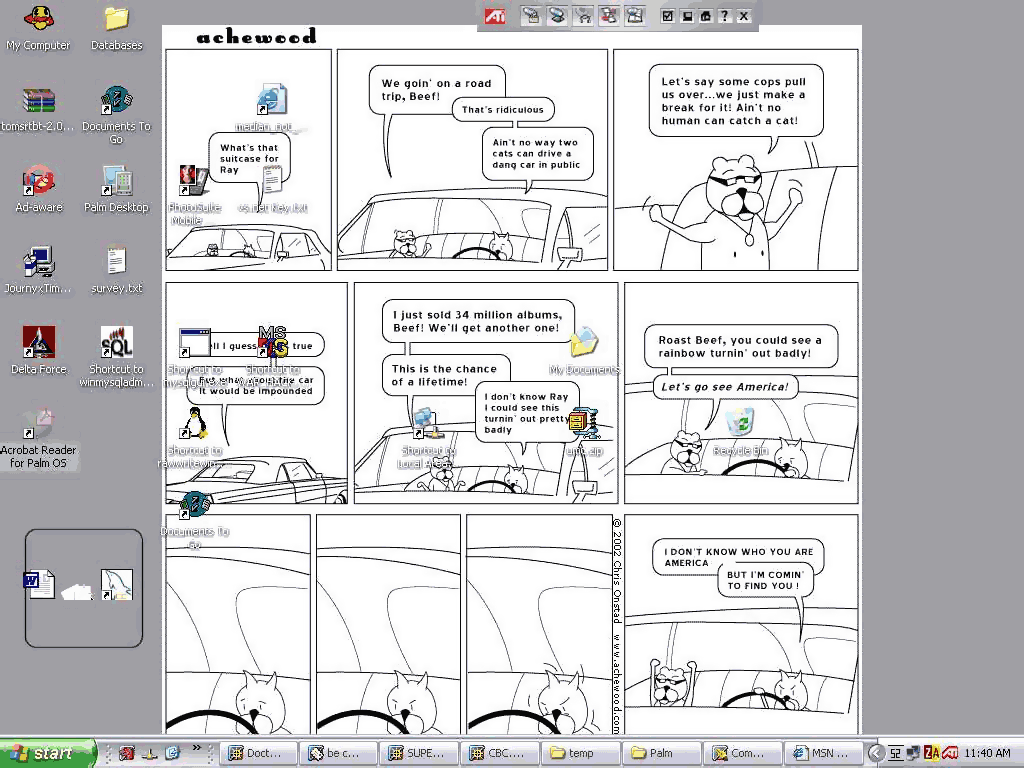 26 November 2002 "No clue what happened here, but about 1/4 of the way up from the bottom of the desktop, there appeared a "black hole" that swallowed my icons. (see box on lower left side) It eventually disappeared."
...
"The "hole" was like a band of about the bottom 1/4 of my screen where the icons just vanished if I dragged them below that line. If I released the mouse button when they were in the "twilight zone", they popped back up as the two did in the box in my picture. The third icon in the box I took the screen shot when I was dragging it into the void.

I am sure this is not a joke or virus doing this. Though it is the first time I have ever seen it (I'm not even sure I could reproduce it, which is what a bug is right, reproducible). But XP does a lot of other wonky things too. Like my system occasionally freezing for a couple seconds after I minimise a window. Or my favourite: taskbar buttons disappearing for open applications (so that I have to Alt-Tab to get back to the App). And I don't mean like when you have a ton of Apps open and you get the scrolling taskbar either.... SO nothing is a surprise to me anymore =) If it ever happens again, I will grab another screenshot." - Jason